Life would be so much easier if we could just control other people. Namely, those that we painfully procreate.

Yesterday, I sat in yoga squat down on the bathroom floor and sobbed. As I was in a state of a serious ugly cry, I realized that it had been a while since I’d felt the sting of salty water make track-marks down my face. I’ve worked so hard on myself over the past three years to get to the place where I could snatch peace out of the air as if I were a three time world champion fly catcher.

I mean, we’ve had some tough days this past year in particular, but I’ve ridden them like a gold medal equestrian guru. But yesterday? It wasn’t about me, and the disappointment expanded within me until I just couldn’t contain it anymore.

Why didn’t he just apply there? Why didn’t we know about the kid that was going to lose the scholarship and make it available again? Why didn’t I push Morgan harder to get all this college stuff done sooner? Why, why why?

I tried so hard to manage the situation without bringing in the giant, wind-whirring helicopter. I want so much for my oldest (and high-school senior) to take control of his life and get his ducks in a row. He has all the makings for a brilliant and creative life if he would just wake up.

So when my husband (also named Morgan) called and said that he could’ve gotten a $10K/year scholarship to UVA if he’d just applied (and been accepted), I just lost it. I fell so far down into the ego-hole that it took me a good 20 minutes before I could even try to reach for a better feeling thought.

Just because you wake up doesn’t mean that every once in a while you don’t revert into an emotionally stunted two year old.
Click to Tweet

It’s one thing to know you’ve got upper-limits, but to watch your kids hit the ceiling of theirs is killer. I am not sure why he missed the deadline to apply, other than he either really didn’t want to go there (probably true) or he was so afraid that he wouldn’t get in, he sabotaged himself so he wouldn’t have to face that kind of failure (also probably true).

I don’t really know because I can’t crawl up in his brain and watch the subtitles of his mind. And there’s no pulling it out of him. Believe me, I tried.

The lesson I have to believe is that he just was not meant to go to UVA. He’s not his dad, and that is more than OK. Letting go of your kids is a hairy business, but it must be done. He’s a good, bright, kind and funny young man and I’ll be here for him, and I let him know that.

Unconditional love. That’s also the lesson. I love him and letting go of my expectations of him and my dreams for his ideal life. He can’t live the ideal life I have in mind for him, he’s got to get neck deep in the messiness of experience in order to pull out his own version of who he is.

Thank God for the awareness that I have in knowing that. These days of college applications and major life milestones are testing me and my brightest self, but I swear that I am bringing my A-Game.

Just because you wake up and get present and seek light doesn’t mean that every once in a while you don’t revert into an emotionally stunted two year old.

The joy of it is that it takes less and less time to realize when it’s happening and pull yourself out of it.

It’s a road and it’s mine and I’ll continue walking along it knowing that I’m always learning something new.

And hopefully you can learn a little something from my mistakes.

This site uses Akismet to reduce spam. Learn how your comment data is processed.

Just for today, trust your gut! Listen to that qu

You are stronger than you even know. Today it's t

When you work for yourself, it can take a toll on

Do you know what you want? It's taken me a looooo

Clarity is KEY... in diamonds, business and in lif

No matter what the external circumstances in our l

This is my daily mantra! A few years back when I

I was born for this and so were you! Heart driven 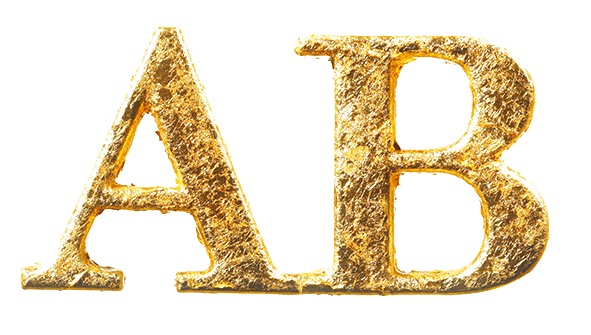 Always Brighter is a participant in the Amazon Services LLC Associates Program, an affiliate advertising program designed to provide a means for sites to earn advertising fees by advertising and linking to amazon.com.